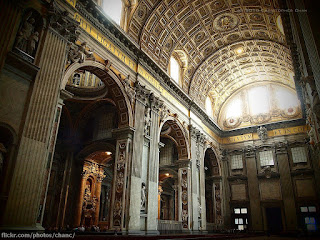 Araquiel was once a great Throne, an angel of God with domain over earth and stone. But he taught forbidden knowledge to Man, and for that he was cast out of heaven and thrown into the earth which he once had power over. He lays dying now, but his sheer heavenly presence drains the land of its beauty and goodness, drawing it around himself. To stop this process, the party must delve into a heavenly half-reality of twisted cathedrals and monasteries, and kill him to close... The Seraphim's Gate.

Aesthetic: Endless Gothic Cathedral. Everything is ornate and overwrought; the few utilitarian rooms have been turned into this by the angelic presence within.
Threat: Many. The two primary forces are the Ghouls, humans with the beauty and goodness drained from them, reduced to envious, half-dead horrors, and the Angels, servants of heaven drawn to Araquiel's power like moths to a flame. Beyond that, there's many other strange religious creatures, from confessional mimics and angel-possessed lions to undead saints and repentant demons.
Goal: Kill Araquiel to purge the influence of Heaven. Barring that, there's a shit ton of treasure inside the Gate, including entire rooms that are bejeweled or gilded.
Playlist: Already made. If  you have any good suggestions, feel free to let me know.
This post is more of a mission statement than anything else. I'll have a list of locations up soon.
at September 13, 2020

From Hellboy, Into The Silent Sea      The quest for immortality is a long and storied one, filled with rich idiots who don't reall... 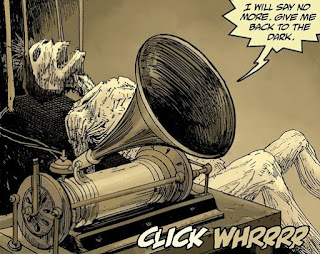